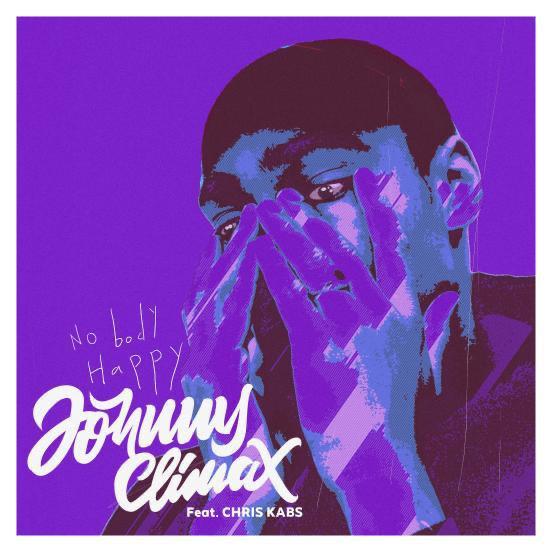 Dublin rapper and producer Johnny Climax returns to the fore with the release of his latest single ‘Nobody Happy’, featuring Chris Kabs. The track is a deep and thoughtful examination of materialism.

The track examines the challenges that come from believing that obtaining more products will bring you happiness, while in reality it is likely only to lead to the next purchase. The track features and is produced by Chris Kabs, who has worked in the past with artists such as Tebi Rex and JyellowL. Kabs is credited with producing the latter’s track ‘Ozone’, which features on the soundtrack to the FIFA 20 video game.

‍
“The track was inspired by a conversation that myself and Chris had in the studio about social media and perception, how people present the best version of themselves when the reality may be a lot different” Climax explained of the origins of ‘Nobody Happy’. “I wanted to make a song that talked about how the idea of happiness is sold to us by targeting our insecurities”.

Johnny Climax has been a member of the wider Irish hip-hop scene since the release of his first single ‘Mood’ in 2018. His music consists of diversified electronica and hip-hop, all of which he draws influence from to form his emotive musical selections as his own therapy. Over the past two years, he has released a number of singles and his debut EP ‘I’m Fine’, which was released in 2019.

Over this time, Climax has performed in some of the biggest venues in Dublin including Whelans, Workmans, The Grand Social, The Underground and The Lighthouse in Dun Laoghaire. He has also performed sets abroad, at a show in both the Nottinghill Arts Centre in London and the Choice Cuts Goods in Singapore

‘Nobody Happy’ follows up on a stream of releases from Johnny, and is set to be the final one prior to the release of a new EP in November.