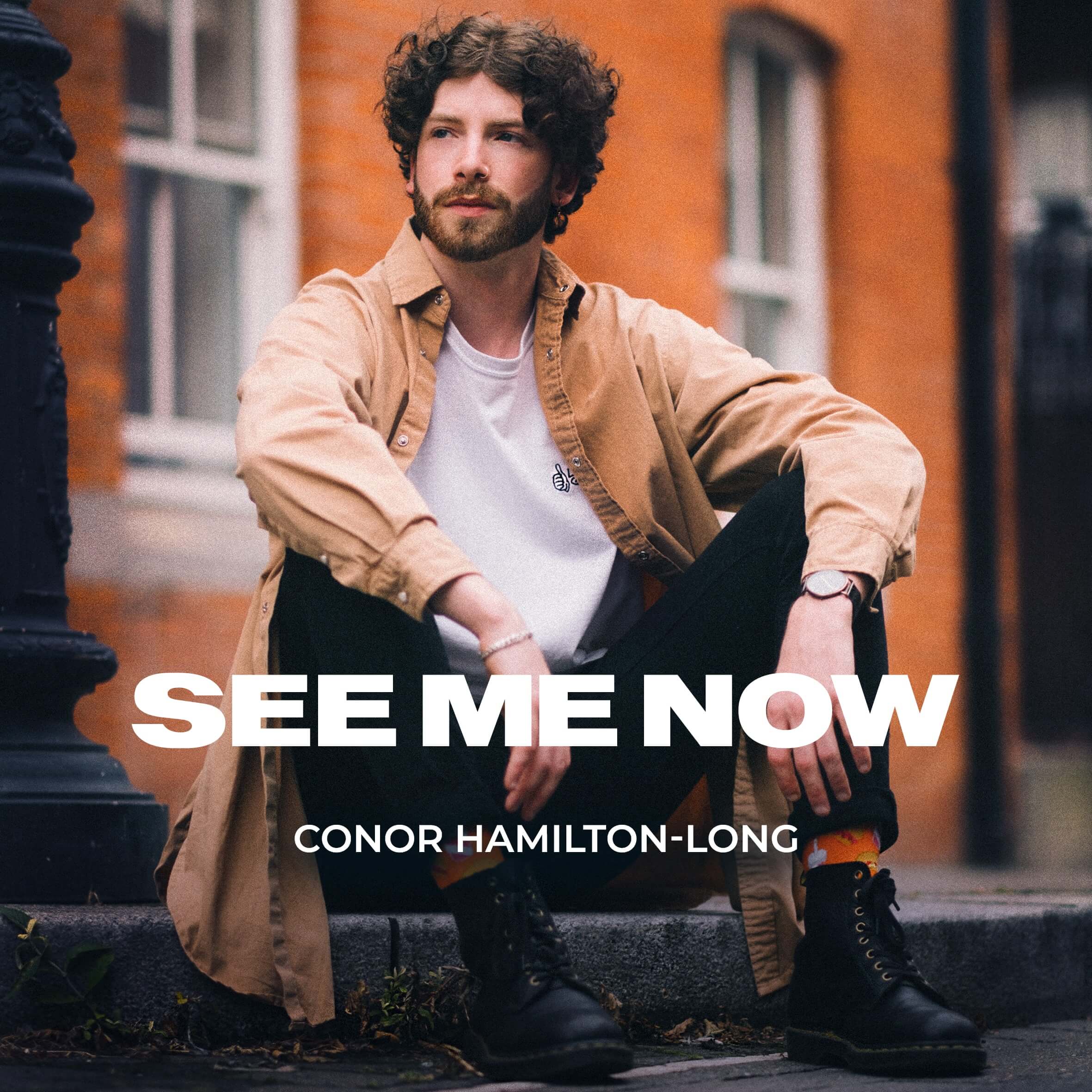 ‘See Me Now’ is the debut release from 24 year-old singer-songwriter Conor Hamilton-Long. Based in Dublin, Conor began writing music in the winter of 2018 and has been recording his output ever since.

In a moment of inspiration whilst on the hunt for an emotional outlet, Hamilton-Long realised his need to communicate his feelings through the music he was creating in his bedroom. Inspired by artists such as Sam Fender and Nothing But Thieves, Conor Spent weeks at a time honing in on each particular aspect of his unique sound, which began with a more acoustic feel before developing into an entrancing blend of Pop/R&B. The time has finally come to release his music to the world.

Prior to lockdown in 2020, Conor supported BENJAMYN in the Bello Bar, where he gave all in attendance a hint of what was to come with his future releases and the premiere of the track ‘See Me Now’, which was met with an incredible response.

‘See Me Now’ tells the story of a person taking the final steps to break themselves away from a toxic relationship which is playing on their mind.  Produced and co-written by Ben Hogan (better known as BENJAMYN), the track opens with a combination of a staccato guitar line accompanied by a strong layered vocal line acting as the main melody. The lyrics reminisce on some of the most selfish actions of a partner that pushes the couple further apart before the last straw sees Conor walk. The chorus, which wonders whether the partner is watching as Conor moves with his life, is the highpoint before a rapped bridge brings the track to its final chorus.

When talking about the track, Hamilton-Long admits he holds the track extremely close to his heart to the personal nature of its lyrics. “The song deals with a period of my life which I felt I was being slightly taken advantage of in a relationship and then pushed aside when something new came along” he recalls, “Though it was a rough time for me, I used it as a learning curve and personally have grown from it and become a better person."

Speaking ahead of the tracks released, Hamilton-Long notes “I have spent a long time toying with certain songs to put out which haven’t made it but this one just feels like the right one to use as my debut”. Despite the difficulties, he’s finally ready to release his debut. “All of this work has paid off because I am finally happy to share this song” Hamilton-Long smiles, “and use it as my introduction to the music world”.

'See Me Now’ acts as a strong debut from a richly talented artist. With more music on the way in 2020, including more collaborations with BENJAMYN. ‘See Me Now’ is the perfect track with which to introduce Conor Hamiliton-Long.