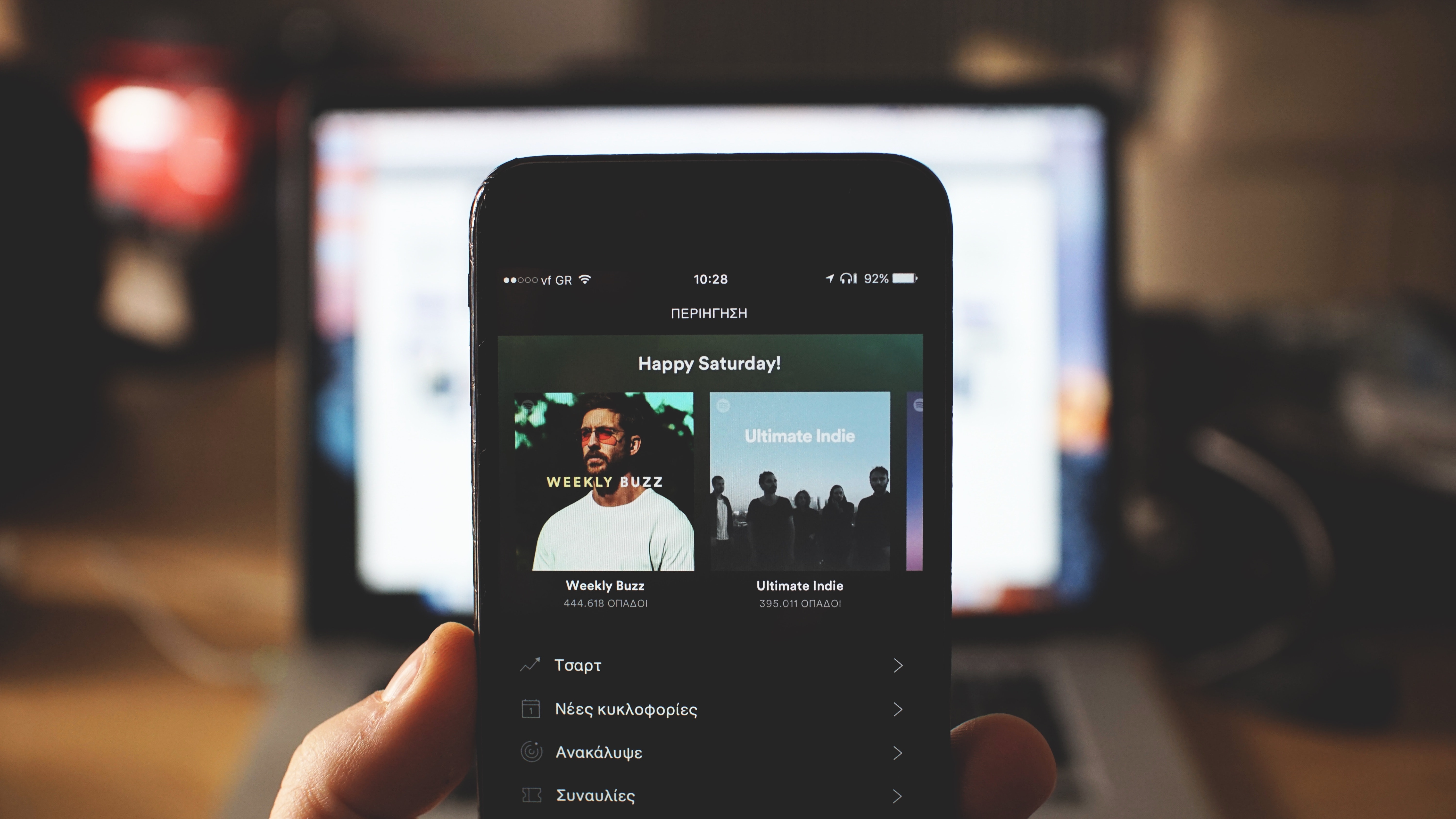 For artists releasing their music in 2021, Spotify promotion is one of the fundamental levers in growing your audience.

In this guide, we tell you exactly how to get your music on to popular Spotify playlists, begin securing streams and get added to algorithmic playlists.

There are over 2 billion playlists on Spotify, most of which are user generated, so it's important to generate as much momentum as possible to be added to the best performing playlists.

How does Spotify work?

Spotify has editorial curators that work to create region and mood specific playlists. Assisting in the curation is Spotify's machine-learning algorithm which considers your similar artists when placing songs onto algorithmic playlists. To maximise the possibility of being added to the more commerical playlists with large and engaged followings, it is advised to ensure as best you can that your similar artists are well-known and in the genre you want to be creating music.

It's important that your track has high engagement, meaning it isn't regularly skipped when distributed to new users via 'Release Radar' and other algorithmic playlists. Often times, the first 30 seconds of your song are the most important for ensuring the song retains the listener, this also counts as a stream.

If people are constantly listening to your track, adding it to their own playlists, favouriting the track and repeatedly listening, your track has a very high chance of being added to Discover Weekly’s, it is here where your music will be judged whether it is popular enough to be added to Spotify Official playlists. If a track appears to be performing particularly well in one area, it will be brought to the attention of the Official playlist curator for that genre of playlist.

This is an important step which shouldn’t be missed. It helps give your profile credibility as well as gets your music picked up by the Spotify algorithm as this will mean your account is prioritised.

If you haven’t been verified already, we suggest you do so now. Lucky for you it’s a much simpler process now that Spotify have launched Spotify for Artists. Simply log in and confirm your details, after a few weeks you will see a little blue check mark on your Spotify profile.

Next: Write an Artist Biography

Make sure you include as many eye-catching photos as you can and supplement it with a concise, but impactful, artist biography that gets across your accomplishments to date from your favourite performances, to sync placements, to media coverage, to your latest label deal. Being credible and telling a story are key to getting people to support you.

Then: Increase your Follower Count

Vanity metrics do help, but for editorial placements they can see through the noise of fake followers. Real followers are fantastic, they'll get your music suggested to them more frequently and will listen to your new music with anticipation, often bringing with it great engagement metrics. Fake followers do none of this. Too often we see artists with thousands of followers and zero monthly listeners. It's disingenuous to you and the curators can see where the followers are from. Share your profile with your fans on social media and get them to follow you. If they don't follow you, it will start to eat into your marketing budget every time you release a track with having to re engage them each time.

This is a great way to get your initial streams, by creating a playlist of similar artists which includes your music, you can promote this playlist which can generate listens and fans. Make sure to give your playlist a name which will entice people to click and listen and your playlist must have more than 30 songs.

How to find playlists to pitch

In order to pitch to Spotify playlists, you need to know how to find them. There are 3 types of playlists to search for genre, mood/activity and similar artists.

This will be most people’s go-to search, if you are an indie-rock band it is natural to search for indie-rock or rock to find suitable playlists.

These are the playlists which we listen to based on how we want to feel, whether it is working out, a road trip or simply waking up in the morning.

These are playlists which are based on similar artists to yourself. Often when a band releases a new album, users will create playlists containing that album and similar tracks.

Our favourite way to find good Spotify playlists is to visit a similar artists profile while on desktop and check out the section called 'Discovered on', this will highlight their top performing playlists that they feature on. Visit the playlists and try find the contact information of the curator.

Most magazines, blogs and PR companies have their own playlists.

Playlists such as Indiemono and Songpickr have submission platforms as well as Facebook pages and email addresses where you can email the curators to consider your track.

You can find these by searching Spotify and finding any playlist which isn’t curated by Spotify or a person’s name.

Once you have found your playlist you can then click the playlist and hover over the description of the playlist, very often the playlist will tell you where you can submit your music. Most of the time there will be an email address, however there are larger playlists such as Indiemono who have an entire platform dedicated to submitting tracks to their collection of playlists.

To get you started, here is a list of 42 playlist curators you can submit to right now.

This is where things get really interesting. There are thousands of playlists which have been created by regular Spotify users which you can target.

Contacting them is easy, firstly you search the type of playlist you’d like to be on and look at the results.

Find a playlist which is curated by someone with a real name and click on their profile.

Make a mental note of their profile picture and search for them on Facebook, Twitter, LinkedIn or Instagram. Personally, we feel Facebook is quite a private social network, so stick to the others when dropping a direct message.

They will most likely be inundated with submissions, so do try to be concise whilst also sticking out from the crowd. Being polite, personal, sending a compliment about their work and giving a good reason to include your song goes a long way to getting on someone's good side. A message without their name or just a link to a track just doesn't cut it and puts all your research work to waste.

How to get on Spotify Official Playlists

Spotify launched this feature back in August 2018. This is currently your best chance of getting added to a Spotify Official playlist.

Spotify recommends that you submit your song at least 4 weeks before your release to give you the best chance of being placed on an Official playlist.

You can log in to your Spotify for Artists app here:

Once your distributor has uploaded your track to Spotify, in the top right corner of the dashboard you will have the option to ‘Submit your song’.

Here you’ll be faced with multiple categories so Spotify can find the playlists most suited to your music.

On the next page, you will be asked to describe your song. Here is your opportunity to really validate your track and give the curator the reasons why they should take your track seriously. Previously, this field used to ask you to describe what your track is about and the meaning behind it but Spotify has now changed this which gives a strong indication of exactly what they are looking for.

Your pitch should include any press you have received, major venues you have played at and and relevant previous successes, along with a short pitch describing the track itself. You will have a total of 500 characters to squeeze your pitch in to.

Here's an example of a pitch we wrote that got a client on New Pop UK:

Critically acclaimed Irish Indie-pop collective Pyro Villas are back with their next single 'Edalyn'. They have gone on to sign an artist development deal with Bentley Records in the US, be interviewed by Sarina Belissimo on Plan B and have received national support from outlets including Spin 1038, 98FM & RedFM. They are raising the bar with this brand new single, blending figurative lyrics with beautiful pizzicato strings and a smooth as candyfloss soundscape.

Spotify uses web crawlers to track the coverage a song receives, so make sure to supplement any pitching with a number of international articles from well recognised outlets. You can pitch for radio, media & playlist coverage over on TuneRelease.